„Winter Hours” is a top record in the metal game of 2009. It brought a perfect blend of metal speed, sludge heaviness and punk aggression. It strikes like a lightning, it hipnotizes. It is a stunning vehement display of energy and vigour of the riff and live shattering drums. Down-to-earth frontman guitarist/vocalist Mike Hill anwsers some important questions.

You come from Brooklyn, New York City. Lots of hardcore bands and rap artists come from that place. It's got a certain reputation of a tough place. How it is to live around those corners? Could you describe your neighbourhood and the place you have been growing up at?
Mike: I grew up outside of the city in a suburb so I don’t feel any kind of local pride or anything.  Though Brooklyn has a reputation for being a rough area, that is largely a misconception at this point due to the gentrification and influx of people with money. There are definitely some neighborhoods that have high crime rates, but I generally steer clear of those places. I have friends that grew up in Brooklyn and I observe their local pride but I can’t really claim any of it. I’ve lived in a lot of different cities in the US so I have grown farther away from those feelings. 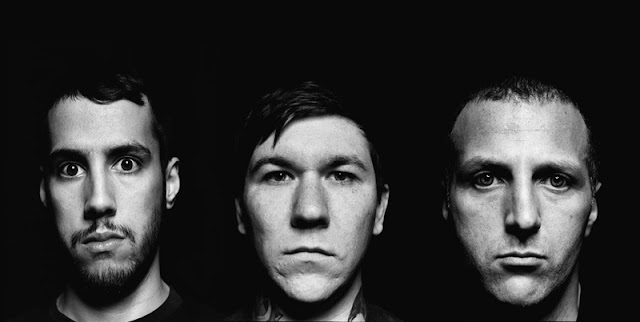 Tombs is a pretty new band but you and the other lads have been playing in few  bands before. Could you tell me about those bands and how did you get first started with Tombs?
Mike: I played in Anodyne, Versoma and a number of even lesser known hardcore and metal bands. Our bass player Andrew Hernandez was in ASRA, Revenge, Blood Red Residual and I’m sure numeroous other bands that are slipping my mind at the moment. The drummer – Carson Daniel James is a man without a past.

You have a band, as well you run an indie label called Black Box and you produce other bands on top of that. You seem to be a bloody busy guy. Was creating your own music or recording others first? What bands did you produce so far?
Mike: I backed into producing after I had been playing in bands for a number of years. In the past I’ve worked with Isis, Premonitions of War, Lick Golden Sky and Hot Cross.  These days I focus on my own music, I’m not interested in helping anyone else realize their musical vision because I’m ultimately far too self-centered and want to control everything. Producing is no longer a goal of mine.

You have done a videoclip to an opening song from „Winter Hours” called „Gossamer”. It's a pretty simple picture with you guys playing in sort of an empty hangar but it looks great. Where did you shot it and was it fun or pain to do it?
Mike: We shot the video in a loft in Brooklyn, the kind of place that is rented out for film shoots, art and functions like that. I had never been involved with a “real video shoot” so I didn’t know what to expect but all in all it went pretty smoothly due mainly to Kevin Custer, the producer. He’s a total professional and his vibe is what made the whole thing enjoyable. 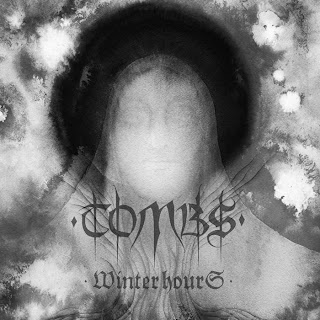 „Winter Hours” sounds really fat. It's naturally loud and heavy. I'd rather say it's loud as fuck. It should be mandatory to play it on full volume. It's got that natural, organic, dirty sound of guitar riffs. Many bands right now sound very sterile and polished. You are a total opposite. Would you agree with that?
Mike: I’m not a fan of the super clean style of production where everythiing is isolated and over-compressed. I think a lot of bands that are in the “metal” genre all sound the same due to this style of production. We’re going more for a Neurosis style of soound on our records.

It's hard to label Tombs. You have a bit of that good old hardcore spirit. There is a massive wall of sludgy riffs but also some space for intensive atmosphere. There is a bit of melody that makes me think of Helmet a little. On the other hand you throw in ultra fast parts and blastbeats and those cold bits that make it all much more interesting and brutal. Would you rather say Tombs is a hardcore or a metal band? Or maybe something else?
Mike: If pushed to pick a classification, I would say that we’re a punk band. Philosophically we share more with bands like the Minutemen, Black Flag but we have mainly metal aesthetics. 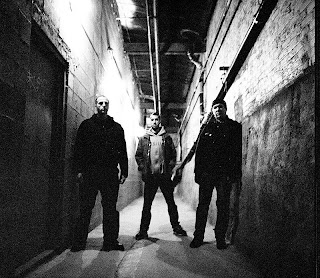 The cover art for „Winter Hours” is a surprising picture. Not very much in vein of heavy bands. Original and beautiful in my opinion. Who is an author and was it created for Tombs especially?
Mike: Thomas Hooper created the artwork for the record. It’s all original material. I gave him a copy of demo tracks that we recorded for the record and the lyrics and he just went to work creating the art.

What's your opinion on Mastodon's „Crack the Skye”?
Mike: Honestly, I am unfamiliar with Mastodon’s work. I know the band and have seen them several times, but I can’t say that I am a fan of their music.

New York is one of those few cities in the world where things happen. I mean popular culture. There is so many huge bands that come from NYC. Metal, hardcore, punk and many more subgenres. Is there a big competition? Is it relatively easier to be noticed there or is it harder to get through all those bands around?
Mike: New York is all hype and very little substance. Many people in this city have a careerist attitude about making music and favor the business aspects over the actual creative process. For example, when Interpol became popular there were a thousand bands copying them. Now that metal is kind of popular there are a lot of very hip, attractive kids adopting the fashion and playing a false, watered down simulation of metal. Metal is ugly.
That’s not to say that there aren’t a lot of really great bands from NY. Unearthly Trance, Villains, Sick of It All, Merauder, Madball, Defeatist, Inhuman, Darkside, Disassociate etc.  These bands are all lifers that have been involved with music for a long, long time.
It was never a goal of mine to get noticed. I wanted to make powerful music that had meaning for me and any kind of popularity that may or may not have happened would be a pleasant surprise. 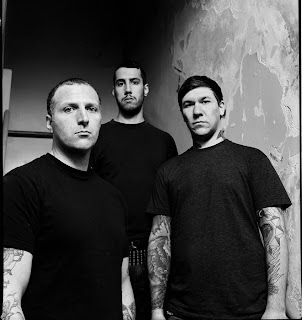 You have been on tour with Isis and Pelican. How long was it, how many states did you visit and what are you reflections on it? Where people's reactions to Tombs satisfactory?
Mike: Both of those tours filled up about six weeks of time and we hit pretty much the whole country except for the mid-west. It was great being on tour with smart, professional people and I miss those guys a lot now that we’ve been off the road for a bit. Again, I’m really not the guy to ask if people dug us or not because I often feel like there is an adversarial relationship between the band and the audience.

You have published your album on Relapse. It's one of those labels that almost guarantee a great record. What I mean is they seem to really put out only good stuff and most of stuff they publish kick ass big time. Bands sound top notch. The artworks are first class. I see Relapse as sort of elite of underground extreme music. How do you see that?
Mike: Relapse is a great label and everyone that works there is extremely hard-working and professional. A fairly large percentage of my record collection are Relapse bands: Neurosis, Today is the Day, Soilent Green, Pig Destroyer, Origin, Zombi, Unearthly Trance... the list goes on and on. It really is an honour to be part of the roster.
--
Tombs interview was done in June 2009 and published in Polish in 2010 in “Struggle Zine”. It's the first time it's published in English.
Posted by Travis Bickle at 22:33