Brotherhood of blood, metal and an uncompromising attitude is what defines Brazilian extremists Krisiun. The Sao Paulo-based trio, which has continued its crusade of brutality and terror for over twenty years, has just produced its eighth full-length "The Great Execution" for Century Media. After two straight up death metal records, "AssassiNation" (2006) and "Southern Storm" (2008), the band delivered much more diverse material with mid-tempos, loads of groovy riffing and developed arrangements. Krisiun's drummer Max Kolesne talked to We Wither about the course of its creation, his home country and first steps behind the drum kit. 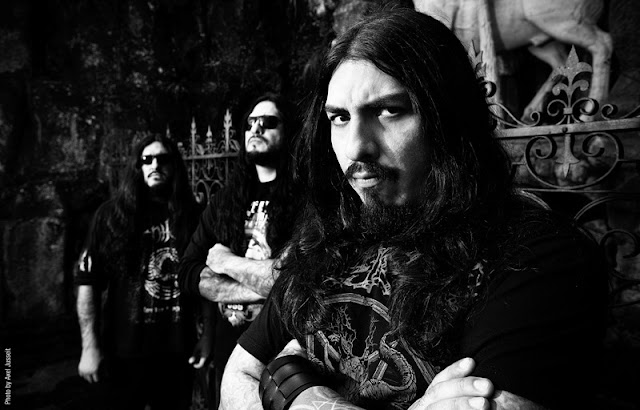 What is the difference between "The Great Execution" and the previous album, 2008's "Southern Storm"?
We wanted to do something different on the new album and didn't want to repeat the same old formula once again. We added some variations to our style. Playing fast songs is in our blood and it's still present on "The Great Execution", but this time we tried some new tempos and rhythms. I think you can hear the influence of Black Sabbath, Judas Priest or Mercyful Fate.

The new album is your most progressive record to date with no track clocking under five minutes. Did you plan to do such a complex record or did it simply come out that way in the process?
It's definitely our best recording session to date. We naturally wrote really long songs but we didn't plan it, they just came out like that. We jammed and shared the ideas for the new material and for some reason we wrote longer tracks than before. They are catchier than our old stuff but Krisiun remains the same death metal band. 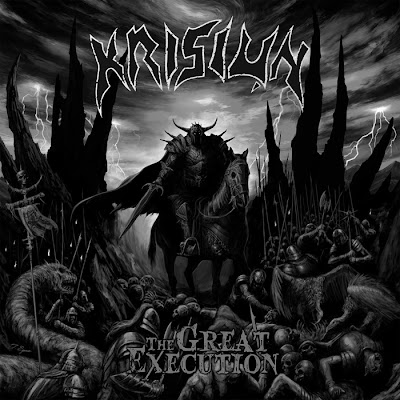 Was the new album fun to write?
Very much! We have the right chemistry in the band. We understand each other very well. I'm sure this is the best time for us so far. We feel really comfortable with what we do at the moment. Writing and recording "The Great Execution" was a lot of fun. It was a natural process. With no compromise. We used a bunch of analog equipment in the studio, that's why it sounds natural. The important thing for us is that we didn't overproduce this material.

You often emphasize your dedication to the underground. You’ve been active for more than twenty years and stayed there for the whole time. Do you feel comfortable with where you are?
Our music is underground and we are a 100% death metal band with underground roots, so definitely yes. That doesn't mean we don't change our style a bit from time to time. I hope what we do can attract more and more people to the underground scene. Every time we tour we meet new fans and that means the underground is the place for us. 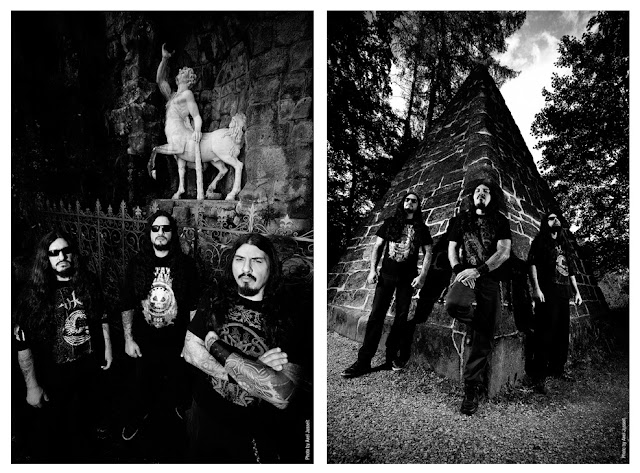 What does working with Andy Classen give you? Is he the kind of producer who is almost a band member or rather an advisor?
First I have to say we're a very easy band to work with. When we enter the studio the material is heavily rehearsed and prepared. We don't fuck around and don't waste time. We actually produce the music ourselves but we need a guy like Andy who gets the best possible performance from us. He pushes us to the limits and always delivers the sound we’re looking for. We don't spend ages in the studio. With "The Great Execution" it took us four weeks with a break for a short European tour.

Everybody knows Sepultura and Sarcofago, lots of people have heard of Krisiun, Rebaelliun and Mental Horror but there are not many bands from Brazil that are popular globally. Is the metal scene in Brazil strong at the moment? Do a lot of people come to metal shows?
The Brazilian metal scene is very strong and huge. There are tons of people at shows. It seems that Brazilian people love metal a lot. I think there aren't that many well-known bands from Brazil because it's really hard for local bands to break through. I'd say it's easier for bands in the US or Europe. Apart from the bands you mentioned I'd also add Torture Squad and Claustrofobia. Both bands are around for about twenty years and they are worth of checking out if you don't know them yet.

Rio Grande do Sul, the province of Brazil you come from, is the southernmost region of your country. Is the south of Brazil an easy place to grow up and live?
Actually it's a very good place to grow up. I had a happy and decent childhood, I totally enjoyed it. The good thing about growing up in the provinces is that you're close to nature. We used to spend time at the river or playing football most of the days. In big cities like Sao Paulo or Rio de Janeiro the pollution is horrific, there's a lot of crime and it has to be tough for kids to grow up in such circumstances. 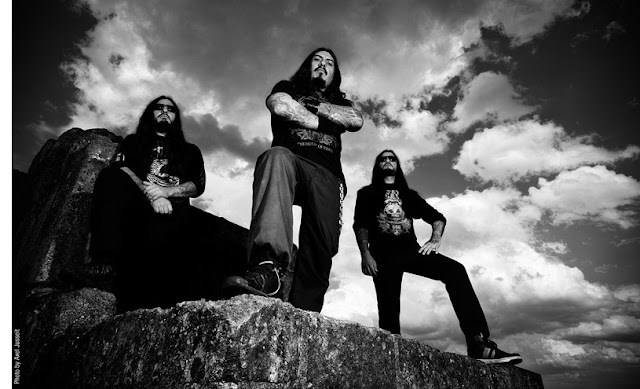 The stereotype is that music and football are the only options to make a career and a good living in Brazil. Would you say there is a bit of truth in it?
Not at all, it's not true. You can be whoever or do whatever you want in Brazil. It's only up to you and how determined you are. If you're a professional and have certain skills you can be as successful here as anywhere in the world.

Brazil is the fifth most populated and the fifth biggest country in the world. What are the advantages and the disadvantages of living there?
Sao Paulo where we live at the moment is a huge city and the great thing about it is it gives you a lot of opportunities to do whatever you like at anytime you want. There are always shops and clubs open. A lot of things happen in Sao Paulo so it's a good place to hang around. There is a great cultural diversity and the food is awesome. The worst thing about living here is the terrible traffic. You literally waste hours of your time to just travel within the city. There are far too many cars here.

I remember your gig at Metalmania 2004 in Poland, when you recorded your DVD "Live Armageddon", as one of the most crushing shows ever. When you started the band was your goal to become the most brutal and punishing band in the world?
We were young, really pissed off and full of hate. We wanted to play radical music full of brutality pushed to the limits. On our first EP "Unmerciful Order" and the debut album "Black Force Domain" in 94-95 we simply wanted to just destroy everything with our music not as much to compete with other bands. That DVD is absolutely a good representation of what Krisiun and our live shows are. We always play intense and straight in your face gigs.

Drummers have always been my favourite metal musicians. How did you start?
Alex who is the oldest among of us used to be in a band before Krisiun and before he started singing and playing bass guitar he was a drummer. I never thought I could be a drummer one day but I really loved the rhythms of AC/DC songs etc. Moyses, who now plays guitar for Krisiun, told Alex to show me some simple techniques and that's how I started. I didn't have a drum kit so I practiced on the furniture or pieces of wood. I was about 13-years-old. I was only able to repeat some basic easy beats. There was no chance I could even try to play Iron Maiden. I was asking older guys for advice how to play. And then when I listened to early Metallica and heard the double-kick it just completely changed my drumming style. I went crazy for that intensity.
What is your favourite metal record drumming-wise?
It's easier for me to point to three records that are a perfect representation of what my influences are. They’re "South of Heaven" by Slayer, "Covenant" by Morbid Angel and "Darkness Descends" by Dark Angel.

Krisiun is a true band of brothers. Would you ever consider continuing to play if one of you left the band?
It's hard to say what will happen in the future. It depends on the situation. Probably if we fought against each other we would rather kill the band than continue with somebody else. If one of us preferred to slow down a bit and retire from Krisiun we would probably give it a thought to recruit a new member. But that's only one of many possibilities. On the other hand I can't imagine how Morbid Angel could record an album without Pete Sandoval. His style is an undisputed part of the band's sound and without him it's not the same.
Posted by Travis Bickle at 09:55