The new project of Paradise Lost main composer and guitarist Greg Mackintosh may come to some people as a great shock. The man witnessed the loss of his father and turned the devastating experience into fuel for his grim obscure death metal monster Vallenfyre. Greg recruited some notable musicians such as drummer Adrian Erlandsson of At the Gates and Paradise Lost, guitarist Hamish Glencross of My Dying Bride, bass renegade Scoot of crust punks Doom and guitarist Mully, Greg's close friend. Released at the end of October 2011 Vallenfyre's debut "A Fragile King" offers a tribute to the old school sound of harsh and raw uncompromising beating. Songs such as "All Will Suffer", "Ravenous Whore" and "Humanity Wept" are just what death metal was originally all about. Greg talked to We Wither about how the record came to life.

If not for the death of your father, would you ever have started Vallenfyre?
Probably not. Death of my father was the thing that made me do this record. It's been therapeutic to me in that sense. It gave the spark to creation of the music. About seventy percents of the lyrics are about my father's death and my grief. For last three or four years I have been listening to my favourite old death metal again and the idea was somewhere there but it wasn't channelled. 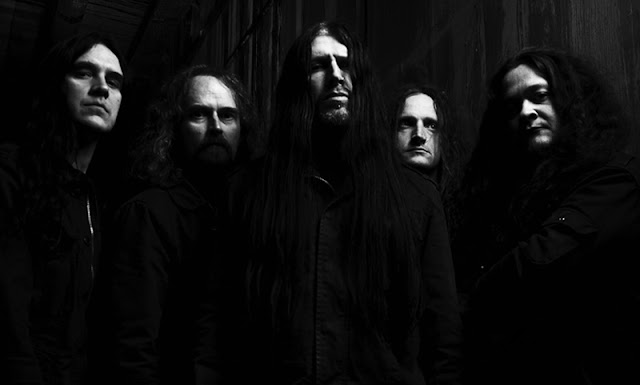 As far as I’m aware, it’s the first time a Paradise Lost member has teamed up with a My Dying Bride member. Both bands have been compared on numerous occasions in the past. How much did Hamish influence the shape of the band?
He didn't much but it's only because he joined the band when about seventy five percents of the record were already written. He definitely added his touch in the studio, he brought in some ideas for production and his playing style was important to the fact how the album sounds.

You have written all the music for “A Fragile King” but what did other guys bring in to the band?
The whole idea for Vallenfyre was to bring back and recreate that old school vibe that we have in a band because we are all been in the scene long enough and we come from the same background musically. Adrian is Swedish but he's been living in London for a decade now. That vibe and understanding are more important to us than anything else. We have this feel for how death metal should be and it's quite an opposite to how modern death metal bands sound, often overproduced. 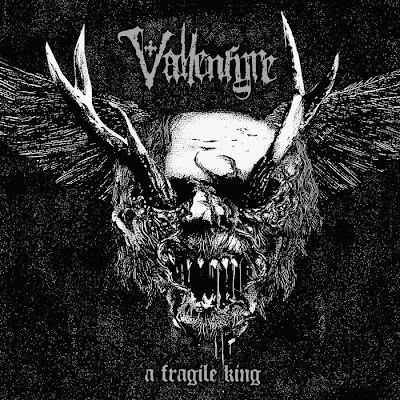 Could you tell me more about the writing process? How long did it take you, what did you experience during that time?
It was happening in a couple of stages. The first one was just after my dad died. I started writing down my thoughts and feelings. These ideas turned to music later on. When you stay alone with such emotions they might become pretty self-destructive. I didn't really have anybody to talk about it. That's why I spoke to Hamish and the guys to join me in a band. I had a bad thing turned to a good positive thing at the end. I spent almost the whole 2010 writing the material and then we were in a studio between December 2010 and April 2011 with a few breaks for our other bands. I noticed one thing. When death metal bands speak about ripping people to pieces it's just fine but when you come up with the real experience of death suddenly people get frightened and don't know what to do with it.

It's quite easy to guess which old school death metal bands are your favourites but do you check out younger bands? Did anything released in the last decade get your attention?
I do listen to modern bands but not really to a lot of death metal. I prefer other forms of extreme metal, things between hardcore/punk and metal like Tyrant, Black Breath, Nails, Trap Them or Coffins. I somehow lost interest in death metal since nowadays it's usually too technical, too clean in production and actually with no soul.

Could any of the Vallenfyre songs fit on the early Paradise Lost records?
Possibly but only rather more doomy songs like "Seeds" or "The Grim Irony" since the majority of the album would be too aggressive. 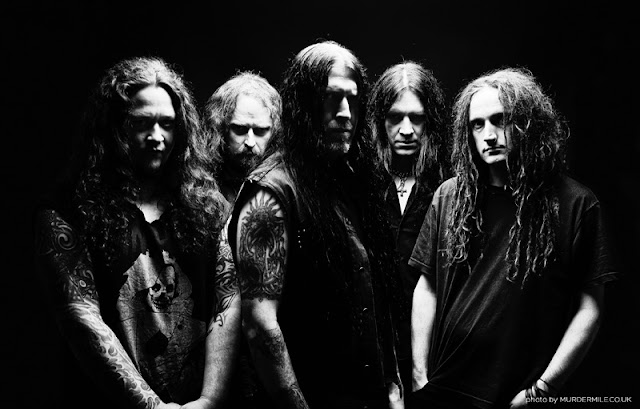 You have written all the lyrics for Vallenfyre, while in Paradise Lost it's Nick Holmes who writes the most of them. Was writing these lyrics easy for you?
It was bit difficult I guess. I wanted to write them in an interesting way for the listener. I was looking for the cryptic feel and atmosphere. I had lots of inspiration and experiences of sadness and mourning and put them into words. Probably the first few lyrics that I wrote, which were "Desecration", "Seeds" and "The Divine Have Fled" became a fundament to what I wrote later on.

What are the chances for another Vallenfyre record?
It's too early to talk about it. I don't have such plans at the moment. I'm not looking so far into the future. It may happen later but I don't know. For the moment we some shows scheduled for next year. We as well released a video clip to "Cathedrals of Dread", which is a song about religion and how people are told what to do and are brought up in sheep mentality of the followers. It's got some aggressive feeling, it's dark and edgy. 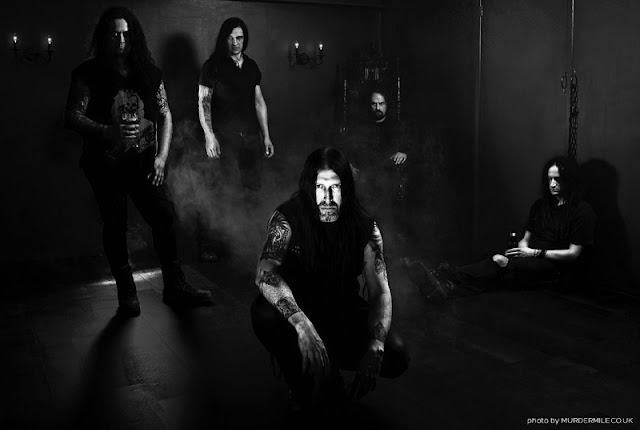 Will what you do with Vallenfyre influence the next Paradise Lost record?
Not at all. Quite the opposite actually. I draw a fine line between what I'm doing with both bands. The new record, which we will be recording very soon is more melodic than our last album "Faith Divides Us - Death Unites Us". It's going to be a blend between classic metal and gothic style with a lot of lead guitars but no keyboards. We are going for sort of retro production. We are working with Jens Bogren again and the record should be out around March 2012.

You have been playing heavy music for more that twenty years now. Did this lifestyle turn out to be the thing you always wanted and wished it to be?
Yes and no. When we started the band we didn't even expect to do a proper record or tour etc. What I like is that we always kept the things the way we wanted. Of course we witnessed some shitty music business stuff but overall I enjoy this lifestyle much more now than in the past. I keep myself busy all the time. I write music at home when we're off tour. Then we record and go on the road. It all happens in 2-3-years circles.
Where is Paradise Lost at the moment? After twelve albums and some ups and downs what is ahead of you?
I'm quite sure than our new record is as good as anything we released in the past. It's relevant to what's happening in the scene today and we still have a lot of fun writing and playing music. We feel creative and are eager to stay around for some time. At the moment we have a very good relation with our label Century Media. Those people understand where we come from and it works just great.
Posted by Travis Bickle at 14:53