As 2010 came to an end I decided to ask a few notable musicians to point out their personal metal high-lights of the year. They were as well asked to leave a short comment on their album number one. Below is that what they offered. 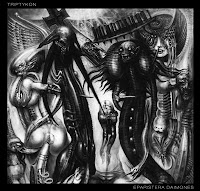 Too bad Celtic Frost couldn't keep it together but this is the best follow-up to „Monotheist” anyone could hope for. Ultraheavy, pitchblack and simply awesome.
2. Masterplan „Time To Be King”
3. Facebreaker „Infected”
4. High On Fire „Snakes Of The Divine”
5. Dark Fortress „Ylem” 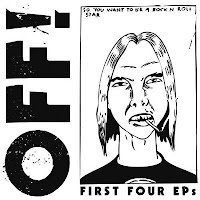 While everybody's old favorites are out there growing up/old and putting out music that is depressing because it lacks urgency and any trace of sincerity, OFF! first put out a 7" the reaffirmed my faith in the possibility of anything new coming out having the genuine venom and vomit of great bands like Black Flag, Circle Jerks, The Germs, or say Wasted Youth. The first time I heard it, I swore I was listening to a "first four years" outtake... it's that real. They extend the greatness of what they started in the late 70's/early 80's here to us now via a few players that know everything about good hardcore. I just got the rest of the collection of four 7"s... Do yourself a favor and hear this pure example of great hardcore music. There is no band better than them right now. You will listen to these 18 minutes over and over.
2. Triptykon "Eparistera Daimones"
3. Black Breath "Heavy Breathing"
4. Arson Anthem "Insecurity Notoriety"
5. Floor "Below & Beyond" 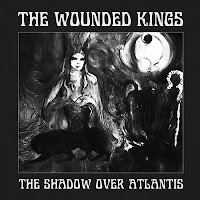 1. THE WOUNDED KINGS "THE SHADOW OVER ATLANTIS"

This album oozes eerie and foggy atmosphere. The songs are well written, the vocals are great, the production is pretty much perfect, the artwork is awesome... what's not to like? In its mighty haziness this is a very refreshing doom album. Roughly said they are a bit like a mix between Candlemass and Electric Wizard so how could I not like The Wounded Kings?
2. Masakari "The Prophet Feeds"
3. Ramesses "Take the Curse"
4. Ilsa "Tutti il Colori del Buio"
5. Electric Wizard "Black Masses" 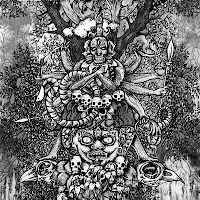 JOHAN SEBENNE of Year Of No Light

Don't know if it's metal or not, but it's simply the best band around today! Huge sound and totally freak out performances.
2. Cough & The Wounded Kings "An Introduction to the Black Arts" split
3. Watain "Lawless Darkness"
4. Twilight "Monument to Time End"
5. Electric Wizard "Black Masses"

Extreme music owes a huge debt to Tom G. Warrior who brought us Hellhammer, Celtic Frost, Apollyon Sun and now his latest band, Triptykon. I was looking forward to the release of this record and it delivered all I hoped for when I first listened to it.
2. Watain „Lawless Darkness”
Though I still prefer „Sworn to the Dark” this is one of the best records to come out in 2010.

4. Unearthly Trance „V”
Though I love everyone of their records, this is probably their best record to date.

5. Planks „The Darkest of Grays”
Brutal, extreme and emotional with a slight gothic/black metal vibe. I’ve shared a van with these guys and travelled in Europe, the UK and the US with them. True road brothers. 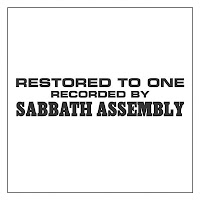 4. Swans "My Father Will Guide Me Up a Rope to the Sky"
I'm pretty sure this is a Angels of Light record, no? Whatever you call it got that Michael Gira swagger! Fav track: "Eden Prison".