CROWBAR – To Only Deal in Truth

They are often named the fathers of sludge metal alongside EyeHateGod and The Melvins. It’s actually hard to imagine most of the modern tough hardcore bands such as Hatebreed to even exist if not for Crowbar’s classic 1993 self-titled album and its timeless hits of “All I Had (I Gave)” or “Existence is Punishment”. Released in February 2011, “Sever the Wicked Hand” is their ninth studio effort and definitely one of the greatest too. Apart from Crowbar, distinctive leader Kirk Windstein delivers tons of heavy hard rock riffs for the celebrated New Orleans legends Down and the younger creation Kingdom of Sorrow, which makes him one of the busiest and most creative people in metal. While on tour with Saint Vitus, Helmet and Kylesa, Kirk tells We Wither about the upcoming live record, his relationship with the fans and how fortunate is it to be a gifted riff-maker.

„Sever the Wicked Hand” is the third Crowbar album in the last decade. Would you have recorded it earlier if you weren't touring with Down and starting Kingdom Of Sorrow?
Yes, we probably would have recorded earlier if I wasn’t so busy with Down. 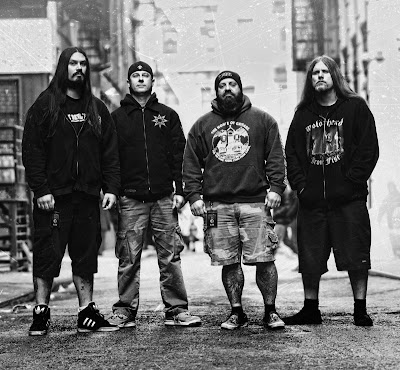 The new record's sound reminds me of the „Sonic Excess In Its Purest Form”, which is my number one Crowbar album by the way. Did you want to return to that sound or is it just a coincidence?
“Sonic Excess…” was our best sounding record up until “Sever the Wicked Hand”, so yes, we tried to get the best sound that we could.

Your previous record, „Lifesblood for the Downtrodden”, had more complex arrangements. Did you want the simpler songs on the new album?
I always just write from the heart. I guess these song arrangements just felt more natural to be a bit simpler.

The album-closing track „Symbiosis” is Crowbar's finest along with earlier songs such as „The Lasting Dose”, „December's Spawn”, „Empty Room” or „(Can't) Turn Away From Dying”. Could you tell me about its creation and the lyrics?
I wrote the guitar riffs in about ten minutes hahaha! But the great songs usually come that way. Lyrically it’s about a symbiotic relationship with me and the fans. How they help me give 100% even when I’m sick or really run down from all the touring. It’s a perfect song to close out a perfect record! 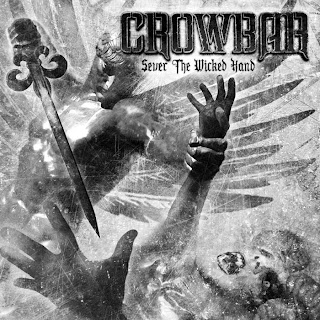 You said the last recording session was the first time you had ever recorded vocals sober. Did it happen in the past that you messed with the lyrics so much that they came out differently that you planned at first?
No, the lyrics were always correct, I’d just be drinking beer while recording them. On this record it was a great feeling to remember everything and to know that I gave everything I could to each word.

Alcohol and drugs are for people and it's important to know your limits, but you can never beat them. The harder you try the harder they fuck you up. There is only one Lemmy, but many try to be like him too. Did you try yourself?
That is perfect because basically I was trying to be Lemmy but no one can do what he does! He’s the one and only!

Hurricane Katrina hit and devastated New Orleans in one week of August 2005. Where were you at the time and did you get over it by now? Did you lose any friends?
I was home with my sick mother. We didn’t get hit hard but yes we all lost friends. A very horrible experience. 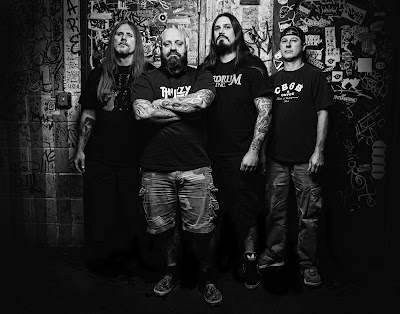 Your song „Existence is Punishment” from the 1993 self-titled album is probably the most recognizable Crowbar line. Is it the best representation of what Crowbar stands for?
Maybe. It just means life is hard but I have a better outlook now and life is much better.

You're a big fan of bands like Motörhead and Thin Lizzy, but are you interested in checking out younger bands too? Who got your attention in the last few years?
I don’t really listen to new bands. For me they just don’t stand up to the classic bands that I grew up on but that’s probably because I’m getting older.

You are often labelled as the riff-master. It's hard to argue with that statement. It's enough to listen to a random hardcore or sludge band to see how much your style influenced them. Do you spend ages trying to create new riffs or do they just pop into your head every minute? In other words, is it just hard work or have you got the gift?
Thankfully I have the “gift” I guess. I work hard at refining my riffs but the ideas come to me all the time thank God haha!

You have lots of tattoos and among them some heavy metal ones like Saint Vitus, Iron Maiden and That Metal Show. What else have you got and which tattoo is your favourite one?
I’ve honestly got too many to even count and I don’t really have a favourite. They are all an example of where I was at that time in my life.

Are you going to release anything on Phil Anselmo's label, Housecore Records?
Yes for sure. We have a new live record that is being mixed right now.
I love each Crowbar record with all my heart but need to tell you one bitter thing. The new record's artwork is your worst to date. It's got none of the atmosphere of the previous covers. How do you explain this yourself?
I like it and I hate most of the older artwork. Everyone’s got their opinion I guess.

You're the leader in Crowbar and write the most of the material. What are the differences between the way Crowbar and Down work and write?
It’s much different to write with Down. Everyone has ideas and there are so many riffs going around. With Crowbar I write most everything although our bass player Pat Bruders has been coming up with some great stuff! It’s fun to write with both bands.
Posted by Travis Bickle at 19:06