Bands like Bolt Thrower, Entombed, Grave and Asphyx have written some of the most memorable albums in the history of European death metal. What would the world of extreme be without such timeless old school classics as "Realm of Chaos", "Left Hand Path", "Into the Grave" and "The Rack" by the Dutch masters of brutality who returned in 2007 after some years on hiatus? Reuniting with the original vocalist Martin van Drunen, also now the front man of super group Hail of Bullets, they were able to produce two astonishing records - "Death... the Brutal Way" in 2009 and the latest strike of "Deathhammer", which was released by Century Media in February 2012. Martin talked to We Wither about the newest Asphyx offering but commented on the past too. 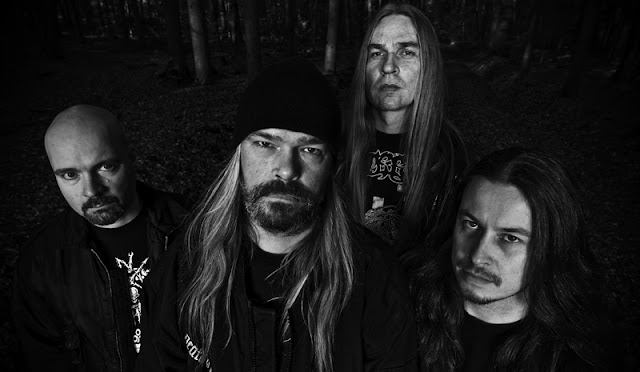 After twenty years and eight albums Asphyx is still exactly the same band. Is it hard not to stray from the path for such a long time?
I'm 25 years in this business and my enthusiasm and passion is still the same as in the beginning. I'm a musician but I'm very much a fan, a metal-head too. I started  early and never changed. It's like a dream come true to become a recording and touring artist. I sometimes realize that on stage. I can't believe I made it and am actually doing it. Being surrounded by great people who are my family and friends gives me a lot of  joy from what I do. Death metal is fun but hard work too. People usually don't recognize it but I practise, I write lyrics and some music too, I tour and do interviews. It's not only a hobby on the side. I feel a need to do this and it makes me happy but it's not just as easy as people might think.

Was the success of Hail of Bullets sort of a kick to revive Asphyx from its hiatus?
Stephan Gebedi of Thanatos approached me years ago when I was playing with a smaller band Death by Dawn and asked if I was interested in doing something old school together. It took a while but eventually we started Hail of Bullets. I was in contact with Bob Bagchus, who is the only original Asphyx member and I knew lots of people were asking him to do some festival shows but we didn't want to do it without Eric Daniels because his guitar sound was irreplaceable in our opinion. Later on a drinking night with the Hail of Bullets boys Asphyx was mentioned and our guitarist Paul Baayens, who also plays with Thanatos, had a couple of beers too many and boldly said that he is up for filling the position in Asphyx. The next day he was a bit shocked when he realized what he'd said but I spoke to Bob and he agreed to check how it would sound. When he plugged in and we rehearsed we just knew he suits the slot perfectly. That's how it happened! 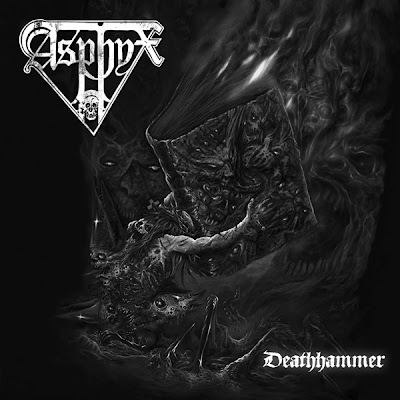 You called the “Deathhammer” album “a manual to death metal”. Do you think metal should always stick to its roots and if you want to evolve a lot it’s better to change the band’s name?
More or less I have to agree. I remember being disappointed so many times in the past when the bands I loved recorded some awful albums. For example I'm still not able to get over Celtic Frost's "Cold Lake", which is just an utter piece of shit. I never forgave them. I'm not even going to see Triptykon because I'd need to speak to Tom about how the hell it happened that he wrote such a thing. It's very hard to accept the situation when the band you love so much change drastically. The same happened to me with Kiss. I was a big fan of theirs but once they came up with that crappy disco style I just felt like my heroes had died. I don't listen to death metal every single day but I'd never dare to change the style of Asphyx.

“Deathhammer” is such a straightforward record. Did you write this album as if it were your one last manifesto of brutality?
Interesting that you mention that because it's actually something I was thinking about. After we finished in the studio and the material was ready and when we listened to it I experienced something I never felt before in a similar situation. It was a strange feeling in my gut. I spoke to Bob asking if he felt the same and for some reason he felt weird as well. I never had that before. Maybe it meant this is a record you only do once in a lifetime. On the other hand it was the most relaxed recording session I ever took part in. I was just having fun doing my vocals and I was singing so loud that our producer Harry Wijering told me there was feedback on the headphones and I have to take it easy.

After my first glance at the “Deathhammer” cover art my reaction was that it’s the book of the dead from the “Army of Darkness” movie. How wrong am I?
Fucking hell. That's a good one. I guess you are right. Nobody thought about it before. It was not our intention but it works. I will need to speak to guys about it. They will like it. 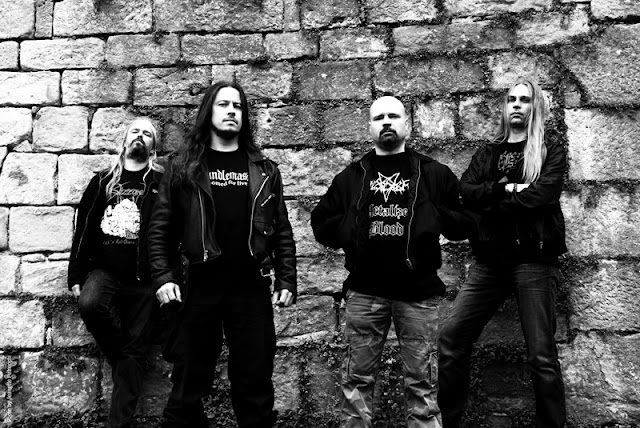 Would you ever be able to continue playing such extreme music for so long if not for the pure and loyal love for death metal?
To do this death metal has to be in your bones and your blood. If one day I no longer enjoy being on stage I'm going to quit as soon as possible but at the moment it's out of the question. We have the best atmosphere in the band now and if one of us leaves I think we would just stop doing Asphyx unless that member expresses clearly that he wants to be replaced.

When I listen to your vocals I can almost feel how you tear your throat. Do you often practise? How does it feel after a full live set?
Yes I do practise a lot and take care of my throat. I keep discipline in order to be in good shape on tour. It's like sport. You have to practise to look and perform good. Of course it can be sometimes hard on the stage but usually I'm well-prepared. If we do an extensive club show with a really long set and the gig is about two-hours-long I feel exhausted but when you play festivals the set is most of the time about an hour-long, which is rather easy.

You started Pestilence in 1987 when you were actually still a kid. Now you’re a mature man but your music hasn’t changed much. How do you sustain your interest in death metal?
I like to say that metal keeps you young and I believe in it. Every now and then I feel a little old but it's a natural process. Once in a while I'm more tired than I used to be 15-20 years ago but that's okay. I don't care if my hair goes white. I don't need to dye it. I'm not Type O Negative or Morbid Angel to care about things like that. I still have the strong ambition to do what I do. I always return to the same old records I was listening to as a teenager and I still love them. That's something that simply doesn't change.

Did you ever have a moment when you thought I’ve had enough of recording, touring, playing etc?
There was a moment like that. After I left Bolt Thrower about 1997 I just felt disappointed with everything around me and I didn't want to be in a band anymore. I wasn't musically active for almost five years. I went back to school for some education and found a job. Only later did I regain the eagerness to return to the metal business. 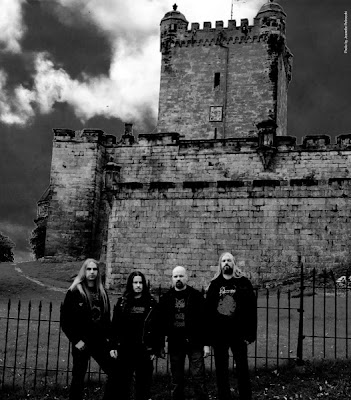 How do you remember your spell with Bolt Thrower. Was playing live with them different that with Asphyx?
Bolt Thrower is an institution. Everyone in England speaks of them very highly so it was a very exciting and rewarding experience. It was a pleasure to meet these people and to become friends with them. I was immediately accepted as a member. Before we performed together for the first time I practised on my own for two months and then before the tour I flew to England and rehearsed for five days. They were astonished with my attitude and abilities. I don't think there is much difference playing with them or Asphyx.

Hail of Bullets drummer Ed Warby said your passion about World War II history is very close to an obsession. Where did it come from? Do you like to visit old battle scenes in Europe?
It all started with a book by Theodor Plievier entitled "Stalingrad" that I read when I was about 18 years-old. Later on I discovered he'd written a war trilogy with "Moscow" and "Berlin" as the other two books. It didn't grab my attention straight away and at the time I was naturally much more into horror novels by Lovecraft and Poe. The history of World War II became more interesting to me when I started meeting members of my German ex-wife's family and some of them remembered the war pretty well. I had a great opportunity to hear about their experiences and memories, which taught me a lot. Wherever I travel I love to visit places connected to the history of the war but I rarely have any spare time when we are touring. Personally I'm much more interested in places such as Berlin or the eastern front than the usual Normandy.

Times are hard, gas and accommodation is expensive. Did you ever consider a European tour consisting of Asphyx, Hail of Bullets and Thanatos? Paul would definitely kill you but maybe it’s worth it!
Hahahaha. It would be too exhausting for me and I would most probably die. So would Paul for sure with three sets every night.
Posted by Travis Bickle at 22:25 4 comments: