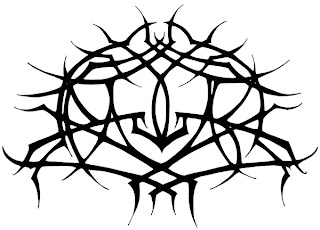 In only five years since establishing the band, Krallice has released three ground-breaking full-lengths: a self-titled album in 2008, “Dimensional Bleedthrough” in 2009 and finally “Diotima”, released in 2011 by Profound Lore. Gathering extraordinary musical talents, Krallice produced a unique and surprising style of monumental riffs drilling across the stratosphere. Long instrumental passages, supported by relentless and machine-like drum beats, create the perfect soundtrack to climbing the highest mountain. The New York quartet combines members of Dysrhythmia, Behold… the Arctopus, Bloody Panda, Angelblood and Astomatous. Bassist and vocalist Nicholas McMaster explains matters to We Wither.

Recording and releasing three full-lengths in four years means you’re a really productive bunch, not to mention that you’re all involved in other bands too. Is writing for Krallice that easy?
I wouldn't say that…but something to consider is that all of us write. Many bands really break down to one songwriter, so that person has to do a ton of work writing for his/her bandmates. We are lucky to have strong synergy between members and sometimes I can't wait to write a corresponding part to demos that my bandmates record, and this back-and-forth produces rapid results. Many hands make light work.
You have created your own original style and sound, but the media still call you black metal, which in my opinion is a senseless labeling. Are there words to describe what Krallice is?
Black metal is a somewhat convenient label because the original intent of the band was to make music influenced by the usual second wave bands. But I feel like bands often start as a sort of collage of their favorite artists and then, over time, move into a sonic realm all their own. Hopefully this is what we have accomplished, or are beginning to. I am content to call it metal—that much seems indisputable.
“Diotima” seems to develop your style to its limits. It’s very hard to imagine what you could do better on the next record. Do you feel you have reached the sky?
The nice thing about being in a band is that when you feel tapped out creatively you often can get an extra kick from the other people around you, and that can push you forward into musical realms you wouldn't have discovered otherwise. It's worth noting that as I write this we have about an hour of demos for the fourth album and perhaps an EP. It's also worth noting that we're not a band that feels we necessarily have to change greatly on each record—it's perhaps desirable but not something to force for its own sake. Look at Darkthrone, or Graveland: they've put out a steady stream of records, demonstrating, at least to me, that they are simply in love with the act of creation. The sound may only shift very slightly from album to album but over time, as the world and the artists themselves develop, the changes are enormous.
What is your main goal with “Diotima”? Where can this record take you?
For me personally the only goal was to develop the compositions to a point where they felt complete, and to record strong performances of them. As I outlined in the previous question, taking “Diotima” to its endpoint allows us to move to the next natural stage as songwriters.

Would you say Krallice is a difficult band to listen to? The structures, the tempos are far from orthodox metal.
"Difficult" is not necessarily the word I would use. There's no desire to be obtuse; it's music, after all, and is supposed to provoke an emotional response. But we have to balance that with a desire to engage the mind, and to make something that remains interesting past the first listen. So the structures reflect a desire to make metal that sounds fresh and can bear the scrutiny of repeated listens.

You have quite a few very long songs such as “Aridity” or “Litany of Regrets”, for example. Is performing them live physically demanding?
Yes, but practice makes perfect!

Is it actually tough to memorize the Krallice songs? The number of riffs, breakdowns and speedups appears to be a massive challenge.
It can at times be challenging. Some progressions stick in the mind easier than others. But taste comes into it. Music that you really like is going to be easier to remember than music you don't. This is also a style developed over time, and something that is a reflection of us as musicians, so it plays to our strengths. Someone coming to it cold would probably find aspects of the music that I think are difficult to be easy, and vice versa.

“Dimensional Bleedthrough” has fantastic cover art. Could you say something about the idea itself and the artist you hired?
I actually made it. After the first record we wanted a figure, as opposed to a kind of atmospheric background. We were thinking of the cover of Incantation's “Mortal Throne of Nazarene” as  a kind of guide and I hacked it together from a number of paintings.

Do you think the sub-genre called US black metal has anything to do with European bands such as Mayhem, Satyricon, Immortal or Enslaved? Isn’t it only a marketing device?
Some bands referred to as US black metal are closer to the bands you name than others. I think that the term is honest in terms of who a lot of these bands are drawing inspiration from (Krallice included) but influences are subjective. Something I make with certain bands in mind may not remind listeners of those bands at all.
Where did the band name “Krallice” come from?
Mick made it up. He often invents words for his band names and song titles.

New York City has an awesome extreme scene. Does being there make it easier for a band to get an audience and publicity?
I would say so, yes. There is a decent amount of people interested in this stuff, so when you play shows, even as a new band, you can get the invaluable feedback that comes from playing to an engaged audience. Then, there are a lot of bloggers, photographers and videographers here so things that happen here go online quickly and are disseminated across the world. There's also a lot of good bands, as you said, so I think there's a pretty high bar for quality, and people really bring their best, writing- and performance-wise.

What extreme bands do you see as a leading progressive force in today’s scene?
That would be Portal, Wold, Ulcerate, Gorguts.
Posted by Travis Bickle at 19:00