THE GATES OF SLUMBER – Iron Hammer of Doom

Doom heavy metal would be the best term to describe what Indianapolis-based trio The Gates of Slumber is about. Mixing the classic vibe and groove of timeless mammoths such as Saint Vitus, Pentagram or Trouble, they have added a fresh touch and actually reinvented the sub-genre once again. Since their 2004 debut “…The Awakening” they have released another four records with the “Suffer No Guilt”, “Conqueror” and “Hymns of Blood and Thunder” albums all being huge steps forward. May 2011 saw the premiere of their fifth and strongest full-length so far, ”The Wretch”, which is out on Rise Above. Karl Simon, the band’s leader, vocalist and guitar player, told We Wither about the opportunity of recording in Europe, his inspirations and the difference between doom and occult metal. 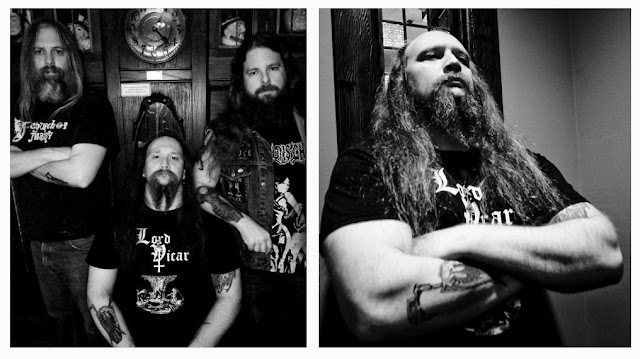 You’re on the label run by the guy from Cathedral and the roster includes Electric Wizard and Church of Misery. Can things get any better for you?
Well, that’s a loaded question, isn’t it? Things could always be better... but with regards to our label, we are very happy to be on Rise Above. They have taken a lot of interest in us and treated us with a great deal of consideration. Both Lee and Will are awesome guys.

What was the direct inspiration which lead you to form the band?
Saint Vitus. Back in high school, I sang in punk bands, cover bands, whatever... you know? Just to make music. But my first love has always been Black Sabbath. I could never find a suitable group of people to do a band along those lines, so me and Chuck Brown from Apostle of Solitude formed The Keep... things kind of ground to a halt after a couple of years because we couldn’t keep a guitarist. I was playing bass at the time. We also had different ideas as to what we wanted to do. I went off, bought a guitar and started working on The Gates of Slumber.

People usually say there’s no way you can beat the classics. In this situation, it would be bands such as Saint Vitus, Pentagram and Trouble. You took the challenge and you have succeeded. Is it difficult to find something fresh in the sub-genre so exploited and worn-out?
I don’t know if we’ve bested Saint Vitus, Trouble or Pentagram, but thank you! I also don’t know if doom metal is exploited and worn-out. To me it’s actually less worn than any other style of metal. Certainly black, death, and true metal are all way more exploited than doom! Coming up with something fresh is just a matter of time and work. You have to write a lot of bad songs to come up with a good one, at least that’s my theory. Write ten songs throw nine away and that one is as good as it’s going to get. 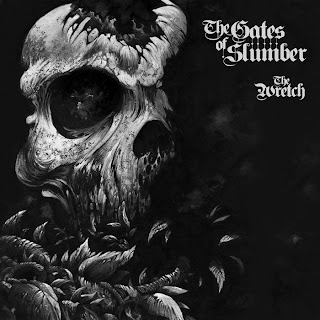 “The Wretch” is unquestionably your best effort to date. Was the writing process the same as with the four previous records or was something different this time?
There was actually a lot less stress on this one. Jason and I decided that we were going to go back to the more doom laden style that was represented on “The Awakening” and to an extent “Suffer No Guilt”. It was a very simple thing to do. The kinds of riffs that are all over “The Wretch” are like second nature to me. It was much harder to do things like you’ve heard on “Conqueror” or “Hymns of Blood and Thunder”. And thank you by the way. I really like “The Wretch” as well. I think it’s our best record too.

You’ve been on Rise Above since “Hymns of Blood and Thunder”, so it’s no real surprise that you recorded “The Wretch” in London in Orgone Studios, but still it’s a significant fact. Why did you decide to travel so far for the session?
Well, Rise Above was into the idea of us doing the record in England, and it wasn’t too hard to convince us to do that. Let’s see, do a record in Chicago, or Indianapolis... or go to London, one of the most exciting cities in the world and record. And get to see Saint Vitus live at the Underworld, check out the Cathedral 25th anniversary gig (we missed the “Forest of Equilibrium” set though... damn).

The third song from the new album “To the Rack with Them” offers a similar groove and drive to the Vitus piece “Living Backwards”. Doesn’t every proper old-school doom record demand a banger like that?
I think so. We’ve always tried to vary our tempos. Like Vitus or Trouble, or Sabbath did. A one dimensional record is a one dimensional record... no good. 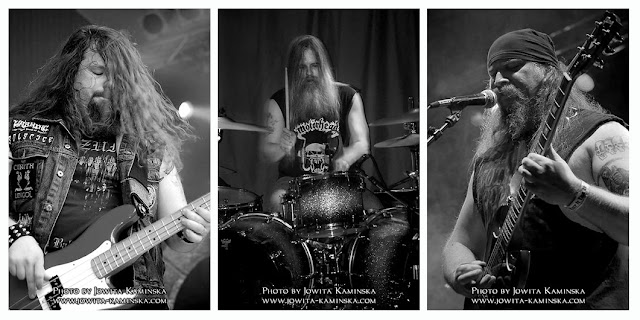 How much fun is it to play enormous anthems such as “God Wills It”, “Descent into Madness” or “Dark Valley Suite” live? These songs are more than 10-minutes-long. Do people dig them or rather prefer shorter tracks?
We very rarely play these long songs live really. “Descent Into Madness” is the only one of the three we’ve ever done. I doubt we’ll ever do any of them again, really... maybe “Descent into Madness”. Really for the most part a 10-12 minutes song is going to eat up a big chunk of a 45-minutes-long set, which is what we mostly get to play on tour. With the rest of our songs being mainly between 5 and 8 minutes that is a big chunk of time. Who knows though, if we decide to throw one in we decide to throw one in. One never knows.

What do you think about the new bands which sound like they’re lost in time – Ghost, The Devil’s Blood, Blood Ceremony or Jex Thoth? Aren’t they doing the same thing as The Gates of Slumber, but that you’ve been doing for more than ten years now?
Nah man, I don’t think we have too much in common with any of those bands, really. That’s all a bunch of occult stuff. We don’t do that. I mean people might mistake “The Castle of The Devil” for some satanic shit, but it’s a Solomon Kane story! Musically they are all on a different and more retro bend than we are, for them it’s more a thing to be vintage sounding I think. We don’t get hung up on that vintage gear stuff. We just play doom metal, you know?

Your cover arts are stylish. Could you tell me more about the artists you have been working with?
The covers for “Conqueror” and “Hymns of Blood and Thunder” were both done by Vebjorn Strommen. We licensed “Conqueror” from him and he did “...Blood and Thunder” for us as a commission. Very cool guy and easy to work with. Arik Roper did the cover for “The Wretch”. It was a licensed piece. I’ve never spoken with Arik, but his art is fucking amazing.

Is it hard to get the right live sound when you’re a trio? Would the band gain anything if you hired a second guitarist?
No, I don’t think so. Jason is a very heavy bassist so there is no loss of anything live. And besides I think two guitars muddy the sound very easily. It also restricts what the bassist can do unless both guitars are in unison. There are few doom bands that sound better with two guitars, I think. Black Sabbath had only one...

You played the Roadburn 2011 festival. Is it the right place for a band like The Gates of Slumber? Did you play the new songs?
Roadburn was great! I think the gig went amazingly well. The crowd was very into it and the set was mostly new songs! I think it’s one of the top 5 gigs we’ve done for sure.
Posted by Travis Bickle at 22:52