Not many bands know better than Minsk how to deliver ritualistic and atmospheric metal full of worthwhile arrangements and clever turns. The Chicago quartet has released three albums – 2009’s “With Echoes in the Movement of Stone” being their last so far – as well as the 2010 Hawkwind Triad split collaboration with Harvestman and US Christmas. It offers real quality in terms of dark doom tremors and uneasy tension. Bass player and vocalist Sanford Parker, who is also a well-known underground producer and a member of such groups as Twilight, Buried at Sea and Nachtmystium, answered a couple of questions about his various initiatives.

I decided to do this interview with Minsk because it’s your most productive band. You’ve done three full-length records in five years. Does that make Minsk your most important band?
For now yes, Minsk has been the most productive band out of the bunch. This year I have been pretty busy playing out with Nachtmystium. We just got back from a seven-weeks-long tour with Cradle of Filth. We’re also playing some fest in Europe this summer and a European tour this fall. So right now this is taking up my time as far as shows. I’m also putting together a band to start playing out with Circle of Animals so Minsk may have to go on the back burner for me but I’ll still be doing it. 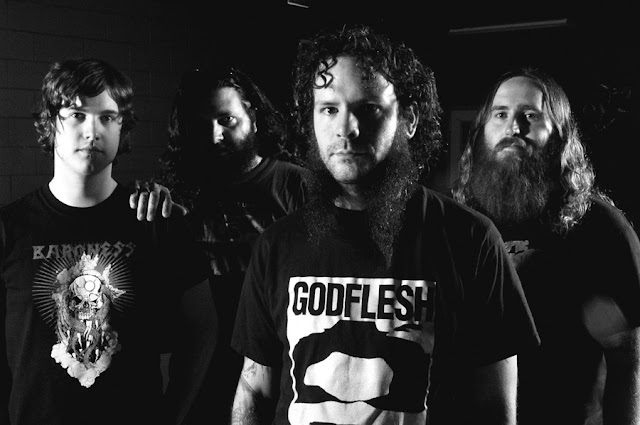 What do you think of a comparison of Minsk to Neurosis?
I like Neurosis.

This might be a little bit of a naïve question, but have you ever been to Belarus or the city of Minsk? Have you ever played in this part of Europe?
Nope, I’ve played Moscow but that’s as close to Belarus as I’ve gotten. We’ve tried to get agents to set up shows there but they always say it’s too hard and not a good idea. Maybe one day, we’ll have to wait and see. Why, you got some hook ups?

What is happening with Buried At Sea at the moment. It’s been four years since your last EP “Ghost”?
The wheels are in motion. We just booked a show with Orange Goblin in June. That will be the first show in about 8 years. Maybe there will be more to come, European shows perhaps. No new material has been written though but I’m sure that’s around the corner as well.

The “Migration” album by Buried At Sea is one of the single heaviest things the extreme scene has ever given birth to. Have you ever heard any other band that sounded heavier than you?
Swans “Kill the Child” – this is true heavy. No metal record can touch this. This album will crush every “doom” song ever written. Listen to this album in the dark = total bumout!!!

Your second album with Twilight, 2010’s “Monument to Time End”, was not only critically acclaimed because of its content but also because of the outstanding musicians involved in the band. Is it a piece of cake or rather a constant war of egos working with such creative guys as ex-Isis guitarist Aaron Turner, Nachtmystium leader Blake Judd or N.Imperial of Krieg?
Everyone involved on this record are good friends, no egos just bros. This is one of my favourite records I’ve been involved with. This album was a blast to make, everyone brought just the right amount to the table and I feel the end result is new and exciting like nothing I’ve ever heard. I’m hoping third Twilight record will happen and if it does we will have new and improved bros.

Although Twilight is labelled a black metal band, do you sense the direct influences of groups like Burzum, Mayhem or Satyricon in your music?
I personally don’t listen to a lot of black metal but the other guys do, so yes these bands are an influence. Everyone listens to such a wide variety of music that black metal is just a percentage of the overall mix and I think that’s what makes this band unique.

How are you able to fairly share your time between each of your bands? Do you get to sleep at all?
It seams like as one band rest another takes flight. I usually don’t have much overlap between projects. I also don’t stop. I rarely watch TV or sit on my ass. It’s taking all my will to sit long enough to do this interview. I don’t slow down and if I’m not in the studio making music I’m at a bar taking to a band about making music.

Your achievements as a producer get more and more praise. Can recording bands be inspiring or is it just hard work in the studio?
I haven’t worked a day since I stated making records. This to me is a privilege. I get to hang out with amazing people and make amazing music. I have just figured out a way to do what I love and make a living doing it. I also get ideas for my own stuff with every record I do. Working with other bands does inspire me personally with my own music. The idea I had with Circle of Animals as far as the drum looping was working on other albums. Just fucking with the band I would loop a small section and they would say “dude that sounds like a Ministry song” and I thought yeah you’re right it does. 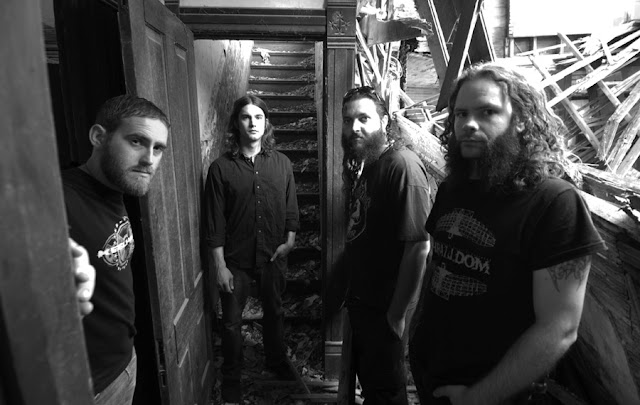 Could you name a couple of records you produced that were a genuine challenge? What makes a real challenge? Is it simply a demanding band, a limited budget or maybe tracks with lots of layers?
I love a good challenge. I get off on a guitarist walking into the studio and saying “Okay I want my guitar to sound like giraffe fucking a peacock in outerspace”. I don’t get a lot of demanding bands though, there has to be a level of trust between the musicians and myself. Their job is to rock and mine is to capture that the best I can. I’m not saying there’s not some head-butting going on but for the most part it’s fairly mellow.

Your studio Semaphore Recordings in Chicago closed in January 2011. Did you call it quits as a producer?
No! I did close the studio because I needed a break from running a studio and it frees up more time for me to tour and take on travel gigs. The closing of the studio had nothing to do with a lack of business, we were booked pretty solid. I just needed to step away for a while. I have no intentions of slowing down any time soon.

Working with which active band would be a dream come true for you as a producer?
Wovenhand, Dave Edwards is one of the best song writers – period.

What is the best sounding record of all time to you?
I like certain records for different reasons. The Mars Volta “De-Loused in the Comatorium” to me is a perfect sounding record. It’s powerful and clear. I really dig the dynamics of the mix. Killing Joke’s 2003 self-titled album has some of the most powerful drum tones. The guitars are super crisp and the vocal effects are tasty. His Hero Is Gone “Monument to Thieves” is just brutal sounding. It really sounds like this record could explode right off my turntable. These are the three albums I listen to before almost ever session I do.

Your Roky Erickson split with Minsk and Unearthly Trance is a great tribute to a fantastic song-writer. Was it difficult to make a decision on which song to choose?
No, when Unearthly Trance asked us to do it we all instantly said, “Stand for the Fire Demon”. We all felt the song is heavy enough and the cool break down left room for lots of cool sounds.

Are your massive sideburns some sort of a tribute to an old Victorian fashion?
Sideburns or sideboards are patches of facial hair grown on the sides of the face, extending from the hairline to below the ears and worn with an unbearded chin. The term sideburns is a 19th-century corruption of the original burnsides, named after American Civil War general Ambrose Burnside, a man known for his unusual facial hairstyle that connected thick sideburns by way of a moustache, but left the chin clean-shaven.
Posted by Travis Bickle at 18:51