They have allowed the world to forget them. But after almost a decade of silence they returned and it's a comeback in the genuine style of mathcore/metalcore as it ought to be in the beginning. The “Ox” album released in 2009 with Coalesce classics “Functioning on Impatience” and “0:12 Revolution in Just Listening” is the band's highlight and the strongest effort to date. Guitarist Jes Steineger answers the burning questions.

You haven't put out a single record in 10 years. In 2009 we got an album and an EP in just couple of months. Was life boring without a band so you decided to show the world you're still alive and kicking?
Jes: Actually, I’ve become accustomed to telling everyone that there are really only two reasons for Coalesce’s existence: the friendship that we have between each other in the band, and the feeling we get from playing this crash and bang music.  I don’t think we’ve ever really cared if the world thinks we’re alive and kicking. We have been lucky to meet a lot of really cool people through Coalesce, so I think that’s another reason for doing it again: travelling and meeting new people. 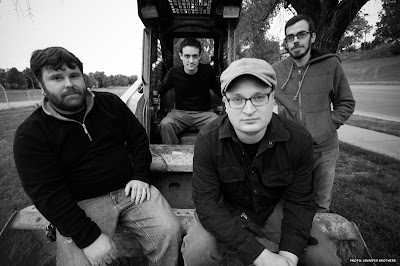 The “Ox” and “Ox EP” artworks are nothing but original. It looks like some weird electronic music. Did you want to have covers that stand out in punk/hardcore/metal standards? Did you want to show you're different and unique?
Jes: I never think of Coalesce in terms of whether or not it’s “unique” or “different”. I think all of us just think in terms of what we like.  I think there are a ton of people who would disagree with you and say that our art work and music is neither unique nor different.  So it’s not even an objective criterion for doing what we do. Honestly, we try to keep things as simple as possible. Do we like it? Does it fit what we feel? Can we relate to it in some way? Basic questions you ask to make sure that your art matches up with your sentiments.

Both “Ox” and “Ox EP” are terrific records. Your style is unrepeatable. There is so many bands that try to improve their technique and production but end up sounding so similar and that is so disappointing. And then you come out of blue and bring these totally new records distancing all the others by miles. How are you able to do that?
Jes: Thanks for the compliments, but we really don’t think in those terms at all.  It’s dangerous to think in terms of competition when you’re in a band.  You set yourself up for major disappointment when things are based on others. We find it better to just focus on what we like so that when we complete a record or a tour we feel complete in some way; tranquil.  That’s how I feel after a recording session or a show anyway. Honestly, for all we knew, people were going to hate the new records; and there are quite a few people who do hate the new records actually. That emphasizes my point though: better just to focus on what correlates whatever it is you create with your sentiment. 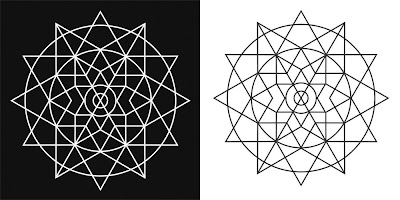 Did you complete both records during the same session and then decided to put them out as two releases instead of one 40-minutes-long album?
Jes: Our original plan was to record an EP of just Western tracks. An entire EP of interlude songs like we had on “Ox”. Then we were snowed in at the Scion Fest in Atlanta back in February 2009. While we were in the hotel room we started putting together some of the riffs that made up the more crash and bang songs on the EP. We had already booked studio time to go in and do an EP of interlude tracks, so we just recorded the new crash and bang songs instead. Voilà.

Rumour says you got 12 children between 4 of you. That is hell of a lot of kids! Who's got the biggest bunch and is it fun to run such a kindergarten?
Jes: Sean and I have four kids each. Jr. and Nellis have two kids each. It is a lot of kids. They don’t go with us on tour or road trips.

Earache released your split with Napalm Death in 1997. Did you get more recognition because of that?
Jes: I was a fan of Napalm Death at that time and I still am. Such a solid band. I wish we could tour with them actually. I never think of Coalesce as a popular band really, but I’m sure that putting out that split with Napalm Death helped us out a lot in terms of exposure.
Kansas is more or less the geographical centre of the US. What is life there like? Do you still get to meet Native Americans there?
Jes: Life there is simple. I have lived in Chicago for about four years now, so I miss Kansas a lot. I hate the city. There is a significant Native American community in Lawrence because they have a college there. I worked with various Native American scholars when I was at Kansas University. In general, people in the Midwest stick to themselves and try to live simple lives. That is my romanticization of the situation.

No doubt you're huge Led Zeppelin fans. “There is Nothing New Under the Sun” says it all. Why are Zepps so important to you? Did you kiss your future wife for the first time listening “Stairway to Heaven” or something like that?
Jes: Haha! Don’t recall ever making out with any girl to Led Zeppelin. I don’t even think any of us consider ourselves to be “huge fans”. We wanted to do a cover record and sort of interpret some older songs in a crash and bang way. The more Zeppelin songs we learned, the more it just felt right. It was also a way for me to try and maybe give Coalesce some shape for my Dad to understand what was going on. I liked the idea of finding some way to relate my generation to an older generation of music listener. If I could go back, I would probably have asked the guys to do it differently and not record all Zeppelin covers but it is what it is. 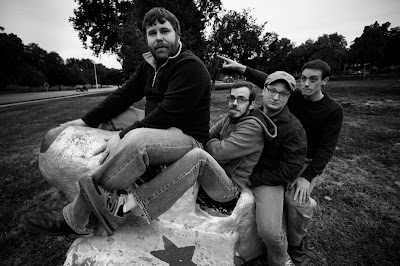 How was the Euro tour in June 2009? What were the reactions? What European countries did you find interesting, where would you like to return?
Jes: The summer 2009 tour was my favourite Coalesce tour ever.  I had such an awesome time and I think the other guys feel the same way. We got to play an entire spectrum of shows: from huge festival shows to extremely small club shows. It really was perfect to experience so much in such a short amount of time. I am seriously counting the days until I can return to Europe. I can honestly say that I thoroughly enjoyed every country we visited. I wish there had been more time to see some medieval sites, but I was content to see what I was able to: particularly Kües in Germany. Hopefully next time we’ll get to see Poland, Denmark, the Scandinavian countries, and more of France and Italy. I really want to see Athens and Moscow as well.

Watching your live videos I have the feeling you're a pretty fucked up band. I mean you seem to lose your minds and freak out. Does the live act bring you some sort of catharsis?
Jes: Any way we go about trying to describe what we get out of a Coalesce show always sounds ridiculous. It is a very unique feeling of freedom for us. Most times I feel really tranquil after a show, so maybe catharsis is the right word. I just think Coalesce opens up a small cavern in Being for us. A place where we can do what we want for 40 minutes or so and feel a certain way that we can’t get anywhere else.

You have a flippin' awesome guitar sound? How did you work it out?
Jes: I don’t think it is worked out. Most of my stuff is broken half the time so it never sounds the same way two nights in a row. Whatever it is you consider to be awesome and original is just me being a horrible guitar player, haha. Honestly. I’m a guy who loved a few metal bands growing up but was never good enough to play metal. It was easier for me to get on in the punk scene. That’s maybe a good way to describe how Coalesce came about: a crappy punk guitarist trying to play Metallica, haha.

With two releases in a short period do you plan to keep that intense activity going?
Jes: We don’t have any plans at this point to release on any sort of schedule. Just two weeks ago we started kicking around ideas for what we think the next Coalesce project will look like.  I’d like to do at least one more record or EP or even film of some sort, but we’ll see if our schedules allow for it.

I suspect you might be a Western films lover. So John Ford or Sam Peckinpah? What are you favourite films of all times?
Jes: I’m an Eastwood guy, all the way. “Fistful of Dollars” is my favourite, but all of them are freaking awesome (the rest of the Man with No Name series of course, “High Plains Drifter”, “Hang  ‘Em High”, “Joe Kid”, even the newer stuff like “Pale Rider” and “Unforgiven”). All of the classics, man: “Once Upon a Time in the West”, “The Wild Bunch”, “The Magnificent Seven”, etc. Nellis and I were watching all of these movies when we were writing “Ox”!

What active bands are in your opinion the most inventive, original and inspiring for you?
Jes: I think The Mars Volta are the most creative band in the world right now. They are like a bottomless abyss of creativity. I love that band. I love the Black Keys as well, but for different reasons. I think Minus the Bear fits all the criteria you listed, as does Mew (whose new record is impeccable).  I think Torche is eclectic and original –  great band. There are some bands that I like because they are just so into what they’re doing: Stuntman and Chere Catastrophe from France, Taint from Wales, The Atlas Moth from Chicago.

You've played at some vege/vegan festivals/events. Do you care about the diet and animal rights yourself?
Jes: I haven’t thought about it in a long time. Coalesce is not a platform for any sort of ideology. None of us have any sort of commitment to animal rights or dietary concerns. Our friend Dan Askew is a vegan, so we always try to accommodate him when he travels with us.  Ultimately, it’s like I said earlier, Coalesce is really just about hanging out together and trying to ignite a certain feeling we get when playing our songs. When it comes to everything else: to each his or her own, as we say in America.
--
Coalesce interview was done in November 2009 and published in Polish in 2010 in “Struggle Zine”. It's the first time it's published in English.
Posted by Travis Bickle at 22:22