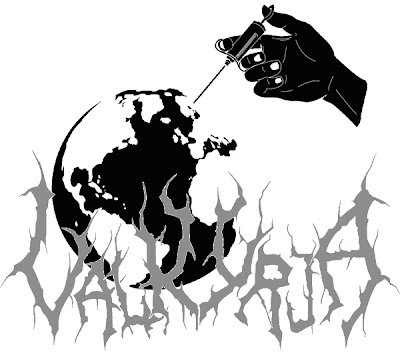 Valkyrja is a toxic sewer of filth thrown into your eyes. It stings, it burns, it causes pain and suffering. It doesn't go away. It stays in your system. The fairly young Stockholm commando poured tons of deadly black scum on the face of Earth with their second album “Contamination”, released by Metal Blade in January 2010. A crushing wall of high-speed riffs, accompanied by a tearing rhythm section, is only fully completed with Andreas L.'s voice which tortures and haunts everything in sight. Nearly an hour-long inferno of overwhelming hymns such as “Oceans to Dust”, “Solstice in Withdrawal”, and “The Womb of Disease” brings nothing but shock and awe. The year is not over yet, but so far it is one of the strongest and bleakest records of 2010. Andreas L. was asked to comment on recent events and the future of the band.

You played your biggest tour so far in September 2010 with Marduk and Ragnarok. It was 17 dates in Poland, Germany, Belgium, Holland, Denmark, Norway, your country Sweden, Finland, Latvia and Lithuania. What were your expectations? Were they fulfilled? Could your sum up the whole thing in few sentences?
Andreas L.: Our expectations were of course to manifest the grandest violence possible. We knew a lot of hard work had to be dealt with, and with the experience in the rear-view mirror, I can say with pride we shunned no sacrifice. Since this was our first tour we were extremely fortunate to share the experience with such well-experienced individuals, both bands and Massive Music crew in mind. A torch has been lit and time to harvest will come again – to our delight, to others’ misfortune.

You had a substitute drummer for that tour? Who was the guy and was he up to the task after all?
Andreas L.: Due to J. Wallgren, our regular drummer’s hectic schedule we had the fortune to collaborate with Ragnar Sverrisson. He's from Iceland and plays with the death metal band Beneath. He showed an energy and intensity beyond this world and it would be my privilege to cross paths with him again in Valkyrja’s future. I see him as my brother in arms, no question about it!

Did you watch Marduk each night? Did they maintain the level of energy and fury during the whole tour as they produced during the opening gig in Poznan?
Andreas L.: Each band made their greatest effort each night. It is why we chose to begin the crusade in the first place. Few times before have I felt such violence linger in the air as they produced inside these arenas. 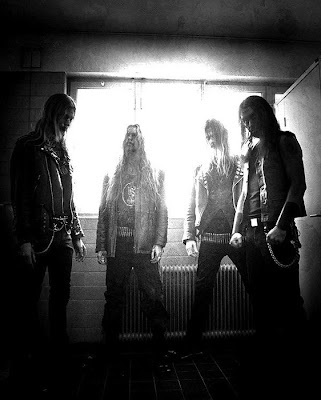 Your album “Contamination” is one of the brightest releases in 2010. How satisfied are you with it? Do you think it's an ultimate effort of Valkyrja or you can do even better in the future?
Andreas L.: Each and every album from a band should of course stand as a monument of blood, sweat and devotion – a prime example of what you truly are made of – otherwise the artists simply have the wrong mentality or actual will to sacrifice. “Contamination” is, to us, an expansion of all we previously have done, seeking further down the deeps, ascending even higher into the unknown and lighting fires in catacombs before unknown. We are satisfied with the manifestation in each aspect for it is another corner stone of our monument.
Concerning upcoming material – there are never any promises of more. If we feel we cannot evolve enough to present something that for us is overpowered with the same passion, fire and hunger and reach levels we, in the past, were unable to reach, then there will be no more – and that is the only sane way of thinking, in my humble opinion. If a third Valkyrja will surface, we’ll simply have to see what this abomination will contain. I do not dare to even take a wild guess at this point…

Metal Blade advertises you as black metal. Does it make a difference to you to be called black or death metal?
Andreas L.: You could call it jazz or rock if you felt the urge for that. It wouldn’t twist the reality of its content anyway. Genres or labels cannot alter the truth of its wretched presence. Let people be the judges when it comes to categorizations and the like, but know this – we are the executioners.

Stockholm is home to death metal. Bands like Nihilist, Entombed, Carnage or Dismember built the foundation for it. Does Stockholm still have lots of new interesting original bands coming out each year?
Andreas L.: Of course, some gems are to be found among the piles of dung spread across our feet, a statement which I guess goes for each and every country. There is no value in lifting forth specific bands, the ones who carry the fire and frenzy within the audio channel will be known in the future anyway, let it be known!

Is Swedish society rather traditional and religious or maybe like in Germany, the UK or France, the level of laicization is quickly rising too and churches are emptier every day?
Andreas L.: As far as I am concerned, Swedes are quite liberal when it comes to religion. YHVH is in generalization a comfort and a symbol of the “clean moral values that should fabricate the society”. Compared to Italy or similar countries, injected with the Holy blood in a way that differs quite radically from us, we stand quite dormant.

Being an underground extreme metal musician in Sweden, is it possible to make a living from it? Do you have regular everyday jobs?
Andreas L.: Far from it. If I had any economical profit in mind, I would have fallen to my knees in dismay a long time ago. The small amounts of money of earned economical profit are, in some way or another, invested within the band and stay in that circulation. 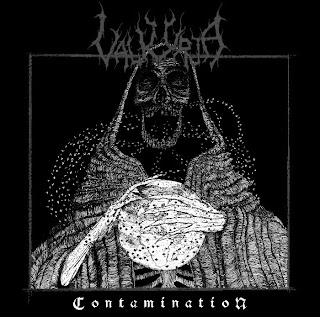 There are some crushing bands from Poland such as Azarath, Furia or Mgla. Do you give a fuck about any Polish metal?
Andreas L.: I recognize some Polish bands, sure. I must point out that I see no relevance in any aspect where musicians originate from geographically. Whether it be Norway, Spain, Greece or Bolivia – it has no importance as long as the performers are serious in their vision and practice. This art form doesn’t originate from any specific soil (the musical art form, to be more specific), so let the fleshly vessel shine with its light, no matter the location.

Watain or Behemoth have a lot of production behind their gigs, with all the effects, lights, stage design and pyrotechnics. If you had such means, what would your show look like?
Andreas L.: It is impossible to point out any specific scenery, since I would like to see the most blazing inferno, a horrific terror by no man ever before witnessed. Each aspect in a live performance should be rancid and malevolent for each sense, the visual part not excepted. I do not think it is possible to manifest the grandiose funeral I have in mind for a performance, so I will see what the “realistic” means will be able to provide us to at least let the audience catch a glimpse of the idea(l).

There is a fantastic film called „Valhalla Rising” with Mads Mikkelsen as a main character. Have you seen it, do you have an opinion about it?
Andreas L.: There are few recent movies I’ve truly enjoyed, to be honest. The movie you mentioned is not one I’ve seen, so I cannot make any comments about it.

What albums have you enjoyed so far in 2010?
Andreas L.: MMX has been a rewarding year actually, several releases have delighted. At this moment, I have no real interest in listing any highlights, let each individual revel in the artifacts of the year with their own interest.
Posted by Travis Bickle at 12:55