This is the second part of the series of short interviews with prolific and notable extreme doom metal musicians. They were all asked the same questions to see the different perspective they have for specific aspects of the genre. I spoke to Matthew Skarajew, bass player for obscure doom death metal group Disembowelment from Melbourne, Australia. They have released only one full-length “Transcendence into the Peripheral” in 1993 but what a groundbreaking and horrifying album was it. 18 years later it still seriously kicks ass. Now the band is active again as Dusk and performed live for the first time in 2011 because the original Disembowelment never had a chance to do so. Some new material might be on its way.

What was your first experience with extremely slow doom metal?
For me it was Sabbath, Candlemass, Trouble and the doomy aspects of early Mercyful Fate, Death, Autopsy. Some bands had doomy moments that really stayed in your memory. That can be just as powerful. So I would include Venom and Celtic Frost. Some might be surprised by that but if you know that material well you should see where I am coming from. It was not an instant realization, rather something that grew over time. 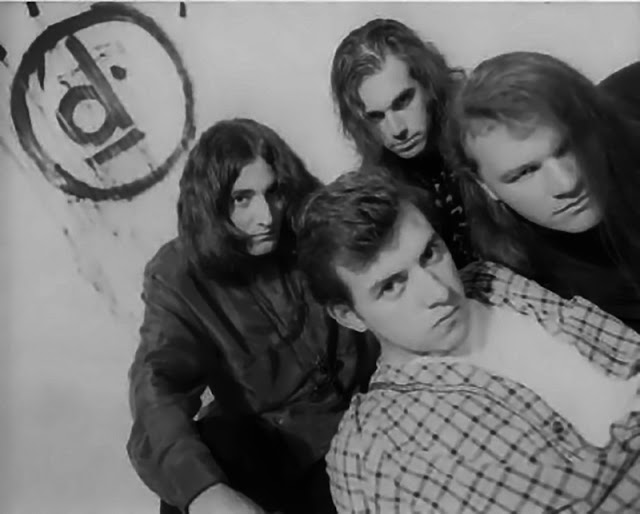 What inspired you to play such music?
I remember watching an early video of Trouble live in a tv studio at a party one night. It was so heavy and brooding. Such great attitude. Also I was playing in a thrash band in the late 80's and we had a comparatively slow and heavy song that the crowds always seemed to love. We realized people liked the slow stuff just as much as the really fast stuff. The second Disembowelment demo was very inspiring too. We were already friends but I loved it and offered my services. I know Renato loved early Sabbath and Paul was corresponding with Gary Jennings of Cathedral at the time. Their early demos were inspiring. All of Disembowelment had a great love and respect for a Melbourne band Persecution. They were utterly crushing live. As good as any band of the time and so heavy. Their doom was mind blowing. A big influence for us. For me it was not just metal though. I was brought up listening to a lot of dark ambient music and loved the idea of incorporating that into the heavy context.

What was the most important in Disembowelment – is it the heaviness, the atmosphere, the lyrics or maybe something else?
Well the most important element in d.USK is a balance between the musical elements, light and shade, sparse and complex textures, rhythmic and melodic contours. This is in my opinion the secret to playing heavy music. We absolutely try to avoid repetition in any one of those factors. Lyrically we always try to tell an impartial story be it in the first or third person. Creating atmosphere is also a key component. Always has been and was the ultimate key to Disembowelment. Keep in mind it is the balance of the elements we seek. 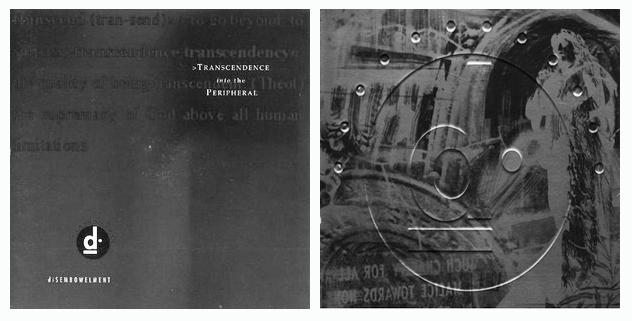 Do you see your music as a very demanding one for the listener?
d.USK should not in theory be particularly demanding for any listener. We are trying to avoid the epic style of songs that Disembowelment featured. That developed more out of youthful enthusiasm and ignorance than anything. That's not to discredit what we have previously done but looking back the songs can suffer at times from being a little over self-indulgent length-wise. I want d.USK to be able to entertain a listener in a live context, so we use d.USK as a vehicle to break up the long-winded nature of the old Disembowelment tunes. For example we have a new doom track that clocks in at around five minutes! That's new for us but still feels complete. It's like playing a half of an old song!

Is extreme/funeral doom metal more over the top and extreme than super fast grindcore in your opinion?
More over the top? No it is simply the inverse. If I understand what you are implying. I like to see variation in a set or on a recording not a continuous stream of fast or slow.

Is doom metal a state of mind or just another sub-genre of metal?
I think it is fair to consider doom metal as a substantiated sub-genre.

Did you ever feel like a misfit or a reject in the metal scene?
Never. We're from the old school. We celebrated metal in most forms except glam and religious-based music. One of the big disappointments for me in the early 90's was the super-cool tribalism that developed and the split in the local scene. In Melbourne, throughout the 80's all kinds of bands played together and the crowds were a great mix. You got exposed to all kinds of metal and accepted each others' tastes. Admittedly we were keen to eschew some of the clichés of the death metal scene at the time. This was two-fold. It gave us a unique angle and subsequent foot-hold in the scene and quite frankly some of the imagery and topical ideas seemed very childish or simplistic to us at the time. It is a little known fact that we momentarily tried to change the band name from Disembowelment to d.USK before the full-length came out but Relapse would not allow it even by that age we were a bit embarrassed by the name at least the visual profile made up for it. 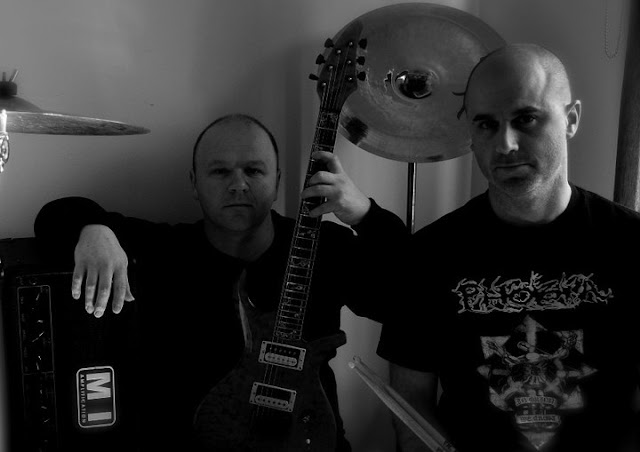 Can you relate to escapism?
I think it would be fair to say yes. I think escapism is a natural human phenomenon in many shapes and forms. Perhaps as long as it doesn't distort your concept of reality. That might be unhealthy. I like holidays. I like to have a glass of wine in the evening. That's all escapism isn't it? And I suppose slamming out brutal and heavy music is a great positive form of escapism. I'd recommend people stick to positive life-affirming escapism. I have personal reservations about religion-based escapism. It's a broad notion though very subjective to us all. Spending time with my family and spending time with my guitars and amps is a great escape from the menial or tough aspects of everyday life. I can certainly relate to that.
Posted by Travis Bickle at 21:38