This is the fifth part of the series of short interviews with prolific and notable extreme doom metal musicians. They were all asked the same questions to see the different perspective they have for specific aspects of the genre. I spoke to Adrian Bickle, drummer for Australian group Mournful Congregation, which in their long history produced mammoth albums such as 1998’s “Tears from a Grieving Heart”, 2005’s “The Monad of Creation” and 2009’s “The June Frost”. 2011 will see another load of darkest funeral sounds from these Adelaide-based doom merchants. “The Unspoken Hymns” is a compilation of rare material that comes out in September. As well there is a whole new record “The Book of Kings” to be released through Osmose before the end of the year. 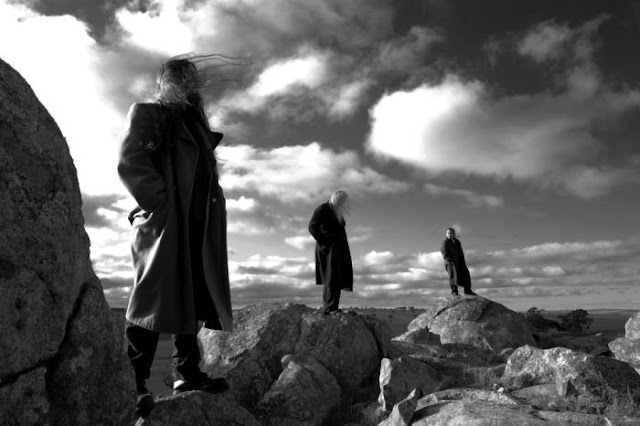 What was your first experience with extremely slow doom metal?
The early 90's work of Cathedral was probably the first such music I encountered. In the early to mid 90's I was quite a fan of a lot of the Peaceville releases that were emerging but I also liked the idea of taking this style even further.

What inspire you to play such music?
As a drummer, I didn't really consider playing this way until I actually met Damon Good of Mournful Congregation who was composing this sort of material. I liked the idea of playing in such a band but had no idea that there was anyone writing in this way where I lived. Once I heard the first two demos I was convinced this was something I wanted to be a part of.

What is the most important in Mournful Congregation – is it the heaviness, the atmosphere, the lyrics or maybe something else?
I'd say it's probably a mixture of these things but mostly the atmosphere, the feeling. The correct atmosphere is essential in this type of music.

Do you see your music as a very demanding one for the listener?
It depends on the listener. It's not casual music, not the sort of thing the average person would put on as relaxing background music. Our style does require a certain level of open-mindedness and patience but I don't believe that necessarily renders it demanding. 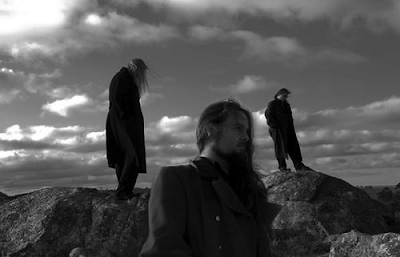 Is extreme/funeral doom metal more over the top and extreme than super fast grindcore in your opinion?
Extreme is just a very general word. A person could argue that funeral doom is more extreme in an emotional sense whereas grindcore is more extreme in a brutal sense. To me though, they just can't be compared... and I like both styles. I don't think they are over the top, they just push the envelope of two genres (doom and grind) that were fairly intense to begin with. 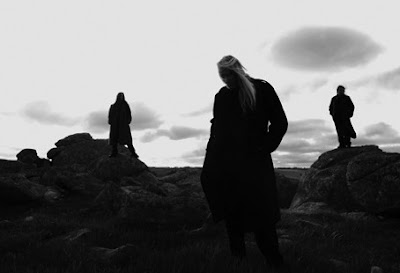 Did you ever feel like a misfit or a reject in the metal scene?
Again, the 'metal scene' is a very broad term. The metal scene I know is a collective of friends and musicians that possess a particular commonality. It's more like a brotherhood (with many sisters) and I feel completely at ease in this scene. On the other hand, if I was to go to a shitty commercial metal gig where I was surrounded by inbred halfwits then I'd definitely feel like a misfit/reject and I'd be thoroughly disgusted in myself if I didn't.

Can you relate to escapism?
Yes, completely.
Posted by Travis Bickle at 10:45