This is the fourth part of the series of short interviews with prolific and notable extreme doom metal musicians. They were all asked the same questions to see the different perspective they have for specific aspects of the genre. I spoke to Greg Chandler, guitarist and vocalist of Birmingham-based Esoteric, which is one of the longest-running groups in extreme doom business. The band started around 1992 and so far recorded five full-lengths. 2004’s “Subconscious Dissolution into the Continuum” and critically acclaimed 2008’s double album  “The Maniacal Vale” are among their very finest works. Their style consists of tormented vocals and hypnotizing tempos that introduce the listener to the dark endless journey of torture, suffering and damnation. Lately Esoteric recorded their sixth studio effort. A double album "Paragon of Dissonance" will be out in November 2011 on Season of Mist. 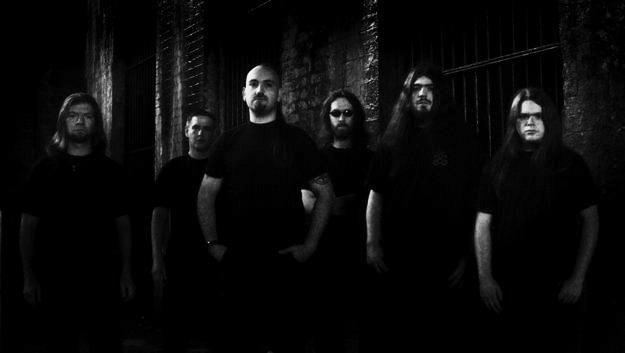 What inspire you to play such music?
We were looking to do something different to what we were hearing, yet something that was natural to us, a part of us. So we write music that is inspired by our own emotions, thoughts, philosophies and experiences in life. Focusing mainly on the darker emotions and deeper recesses of the mind, transposed into music and lyrics. We try to focus more on what is within that using other forms of music as influences or inspiration. But yes, some bands, especially when you see them play well live, can be very inspiring.

What is the most important in Esoteric – is it the heaviness, the atmosphere, the lyrics or maybe something else?
I would say that no one thing is more important than another. It is the sum of its parts.

Do you see your music as a very demanding one for the listener?
Yes, particularly on first exposure to our music, I would say that it is music that is hard to comprehend at first. It needs time to grow on the listener as the melodies are not obvious, nor the structures. I think once you get the feeling of the music, if you can relate to the emotions within the music, it’s easier to appreciate.

Is extreme/funeral doom metal more over the top and extreme than super fast grindcore in your opinion?
I think you get different levels of extremity within all styles of music. It’s hard to compare really. It’s more about the intensity of the atmosphere and the music rather than the style or speed.

Is doom metal a state of mind or just another sub-genre of metal?
That would depend on the individual I think, it isn’t an answer that I think could be generalised. I think people that listen to similar styles of music still have different states of mind. Some are very involved or passionate about music and others less so. 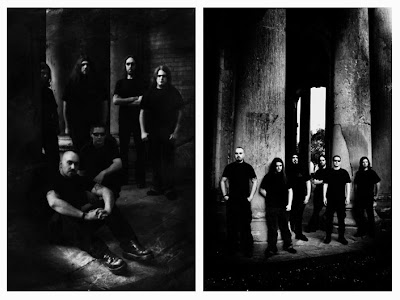 Did you ever feel like a misfit or a reject in the metal scene?
Perhaps in the first few years of the bands existence when there were very few extreme, slow bands, many people didn’t get the music and found it too slow. I wouldn’t say that we felt like misfits, but simply that we didn’t fit into any category too easily and didn’t always go down so well with the crowds of other bands when playing live.

Can you relate to escapism?
I think most people have an interest or recreation that could be defined as escapism.
Posted by Travis Bickle at 14:25