This is the seventh part of the series of short interviews with prolific and notable extreme doom metal musicians. They were all asked the same questions to see the different perspective they have for specific aspects of the genre. I spoke to Anders Eek, a drummer and the only original member for legendary Funeral of Norway. Since their debut effort “Tristesse” in 1994 these doom dinosaurs have been delivering the most haunting and depressing sounds in the metal underground. Records such as 1995’s “Tragedies”, 2006’s “From These Wounds”, 2008’s “As the Light Does the Shadow” or “To Mourn is a Virtue” released on Solitude Records in May 2011 defined the band as one of the pioneers of extreme doom. Whole new album by Norwegians is coming out later this year. 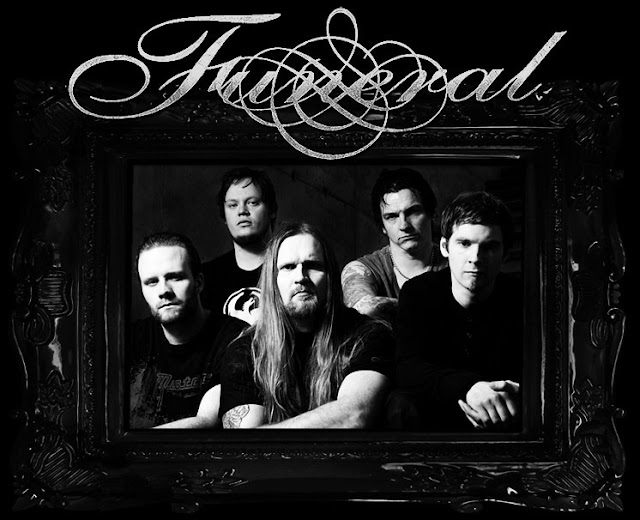 What was your first experience with extremely slow doom metal?
I was heavily into tape-trading and got hold of the first Cathedral demo, the first Thy Grief Eternal and some other obscure bands and it instantly blew me away. Prior to this I had been a huge fan of Candlemass, Black Sabbath, Paradise Lost and was really taken by the atmosphere of dirge that they presented. This really gave me the spark I needed to form Funeral and our goal was to take the extreme doom metal to new heights (or lows rather haha).

What inspire you to play such music?
Everything really. I wanted to create the perfect music to a funeral. In my view both sad, beautiful and aggressive, thus the band-name really fit our style, I think. Of course being a miserable bastard also led me into this slow, self-pitying music. 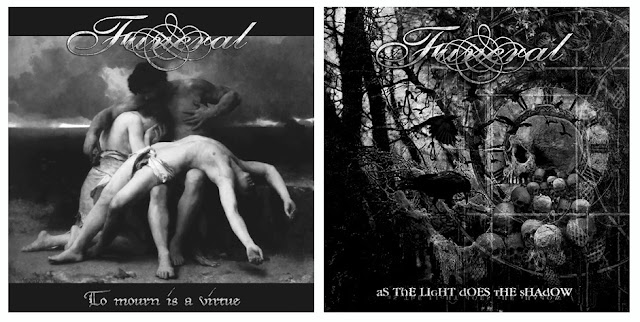 What was the most important in Funeral – is it the heaviness, the atmosphere, the lyrics or maybe something else?
All of the above! I believe in music and the channelling of emotions and I think if you also manage to present a message of some sort I think one has succeeded. Creating an atmosphere of despair really can be quite a good way of getting out different feelings, listening to doom metal makes me happy. Of course this also include playing this kind of music. We really make music that we think is the best but it’s of course flattering when fans say they can relate to Funeral and telling us they feel a sort of comfort from the music.

Do you see your music as a very demanding one for the listener?
Not really. Of course there are a number of details within our songs and we definitely don’t write easy-listening music so this means that Funeral is not for everyone. For me it’s fine. As mentioned above, we really write for ourselves and take it as a bonus if people want to buy our records.

Is extreme/funeral doom metal more over the top and extreme than super fast grindcore in your opinion?
It is extreme in opposite ways. I love it and I listen to all kinds of extreme music.

Did you ever feel like a misfit or a reject in the metal scene?
Absolutely! Coming from Norway especially during the black metal explosion really made us a rarity in the music scene, which we never really have been a part of. But that just gave me even more inspiration to do what we felt to, eventually leading us to venture into more obscure experiments, getting a female singer, the use of orchestration etc. And I believe this is the cause of our integrity as a band to this day.

Can you relate to escapism?
Can’t we all? What is escapism? For me it’s a way of forgetting about daily trivialities and just go on a "trip". I always do it, especially through music. both as a listener and a composer.
Posted by Travis Bickle at 11:51